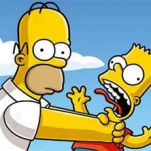 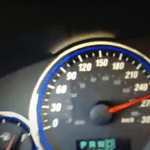 -> produit made in france?

Tonight, I am going to take you on a journey that starts with a mistery and ends up in Shamanism.

There might be a few words about cars in between, we will see.

But I really need to start by addressing a mystery.

On the other hand, it is said that the Lion looses weight.

I can tell you one thing : that never happens to me.

I suspect that the people at Peugeot have some secret methods to solve this mystery.

And my hopes for tonight is that Peugeot will provide us all with some useful tips so we will be able to be hungry, eat a lot and loose weight – at the same time.

I think I need to stop here.

This is becoming very impolite.

The issue of weight saving deserves a much more serious treatment.

I think we all know what is behind the astonishing weight reductions of the recent models from Peugeot : thousands and thousands of engineering hours.

It is about cleverness, determination and ambition from the engineers working at Peugeot.

French technology at its best – and there is more.

Just have a look on the interior of the 308 where the myriads of buttons are replaced by a modern screen.

Just notice the engines, with a diesel that brings down the emissions of CO2 to only 82 grams per kilometer.

So the 308 is very much about innovation but the good news is that the technology also is affordable for many customers.

We have both technical innovation and value for money.

Now, that happens to be the two major factors to be judged on, for candidates of Car of the Year, according to our Statutes.

And the jury members were impressed – just let me quote a few :

“The Peugeot shows a brilliant interior, the extremely functional cockpit is one of the most

innovative ones in the compact class at the moment”.

“The new 308 brings back the French brand into the top of its segment according to design,

And a third one :

“The Peugeot 308 has one big strength : there is nothing wrong about it.”

This is the fourth time Peugeot has captured the title “car of the Year”.

Talking about our award and our organization for a few moments, I would like to take this

involved in this event :

Fred ARP, this year’s chairman of the organizing committee, and Jaco Bijlsma, the

And of course, I also would like to thank our host tonight, Mr Maxime Picat, and the whole

I do not believe we could have had a happier winner than Peugeot.

– and I have understood from Mr Picat that our Award really have meant change.

The general tone about the brand and the group has changed radically, and is far more

This shows that our Award is relevant and important.

Peugeot has a great automotive history, but there is no secret that the recent years have

been demanding and difficult, so our Award also arrived with, I would say, perfect timing.

Peugeot –and PSA- is into a big change, with a new owner from China and in a situation

like that it is good to have a Lion, hungry or not, as symbol for the company.

You see, a Lion is an also symbol for deathless courage, strength, fearlessness, bravery and

A Lion has speed, is alert and has power.

A Lion is associated with self- control, personal strength and balance.

And here it comes in the religion of Shamanism, the Lion is a power animal, with an ability

to protect not only one human being –but a whole tribe, a whole society, maybe a whole

It was when reading about Shamanism –why on earth I now did that !? – I found this poem about Lions I now would like to share with you.

If you listen carefully, you will hear how it even relates to the automotive world.

Creature of the Sun Lord, beloved of the Lady,

Reveal to me the ancient methods of magic.

Walk beside me as I grow in strength and courage.

Show me when to keep ties strong and when to break them.

Mighty lion, lend me your energies.